Three-time Grammy Award winner and superstar Tim McGraw has announced his McGraw Tour 2022 at Ameris Bank Amphitheatre on Friday, May 13th, 2022. Joining McGraw for the trek is Russell Dickerson, as well as new Country artists, Alexandra Kay and Brandon Davis. Tim McGraw is ready with his latest album, Here on Earth, from August 2020, which came about from a period of forced inactivity that you may also have experienced. “I was sort of like, alright, I’m getting a year off without realizing it, and maybe I’ll enjoy it,” he said in a statement. “Two weeks into it, I got so antsy, and I’m ready to play a show, so I’m trying to figure out what to do.” 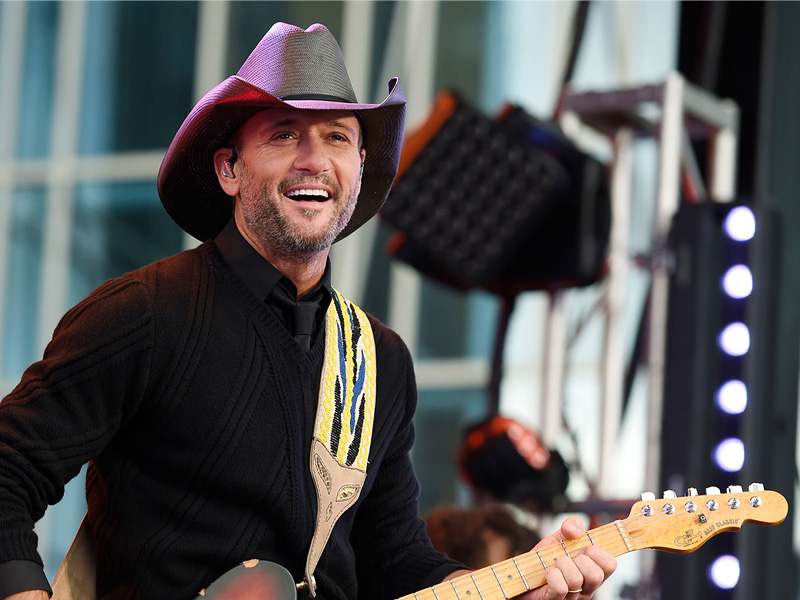 Samuel Timothy McGraw, the country singer, actor, guitarist, and record producer has released 16 studio albums, 11 of those albums have reached number one on the Top Country Albums charts, with his 1994 breakthrough album, Not a Moment Too Soon, being the top country album of 1994. In total, McGraw's albums have produced 65 singles, 25 of which have reached number 1 on the Hot Country Songs or Country Airplay charts. Three of these singles, "It's Your Love", "Just to See You Smile", and "Live Like You Were Dying", were respectively the top country songs of 1997, 1998, and 2004 according to Billboard Year-End charts. He has also won three Grammy Awards, 14 Academy of Country Music awards, 11 Country Music Association awards, 10 American Music Awards, and three People's Choice Awards. His Soul2Soul II Tour, which was done in partnership with his wife, Faith Hill, is one of the highest-grossing tours in country music history, and one of the top five among all genres of music. He has sold more than 80 million records worldwide, making him one of the best-selling music artists of all time.