Calling all country lovers, are you a fan of Rascal Flatts??? Then you’re in luck – your favorite trio is headed to the Verizon Wireless Amphitheatre at Encore Park on Saturday 25th May 2019 as part of their Summer Playlist tour!! Better hurry though, as tickets aren’t going to last long – hit that “Buy Tickets,” button and get yours while they last!! 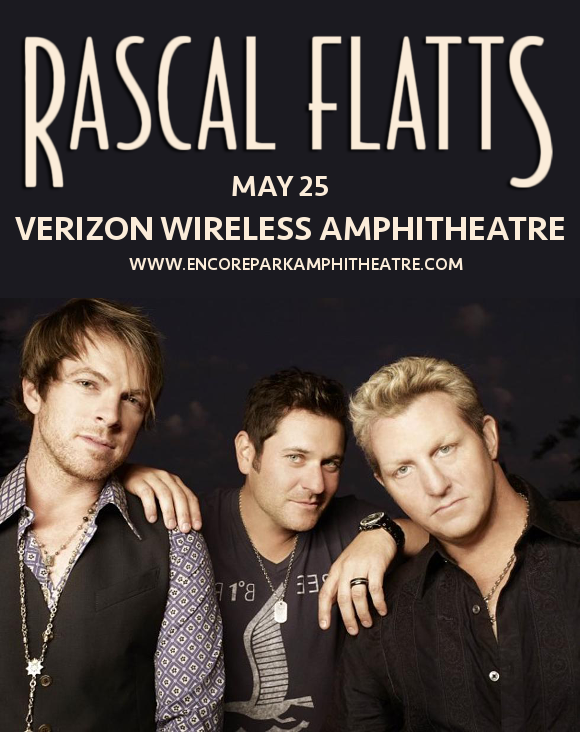 Rascal Flatts are currently touring with their latest, self-produced album, “Back To Us”. A huge hit with fans and critics alike, it debuted at number one on the Billboard 200 AND number two on the Hot Country Albums chart, becoming their twelfth top-10 album!! The latest album pushes the envelope a little, with synth sounds layered in amongst the group’s traditional guitar-led harmonies. "I think we stayed true to who Rascal Flatts is, we just pushed the musical boundaries a little bit," said vocalist Jay DeMarcus in an interview. "There are still great songs with great lyrics; we’ve just done different things with the tracks.”

It’s gone down well with fans, that’s for sure. Now, it’s time to catch it all live – do you have your tickets yet?? If not, then you’d best be quick – they won’t last long!!