A brand-new summer tradition starts now! Power 96.1's Summer Ball comes to Ameris Bank Amphitheatre on Monday, June 27th 2022. Featuring The Chainsmokers, Charlie Puth, Russ, Gayle, and Em Beihold, grab your tickets now and come on out for a full-on summertime party! With brand-new albums just about to drop from both The Chainsmokers and Charlie Puth, this is definitely going to be an awesome show! So come along and have some fun in the sun while you listen to some brand-new tracks played live! 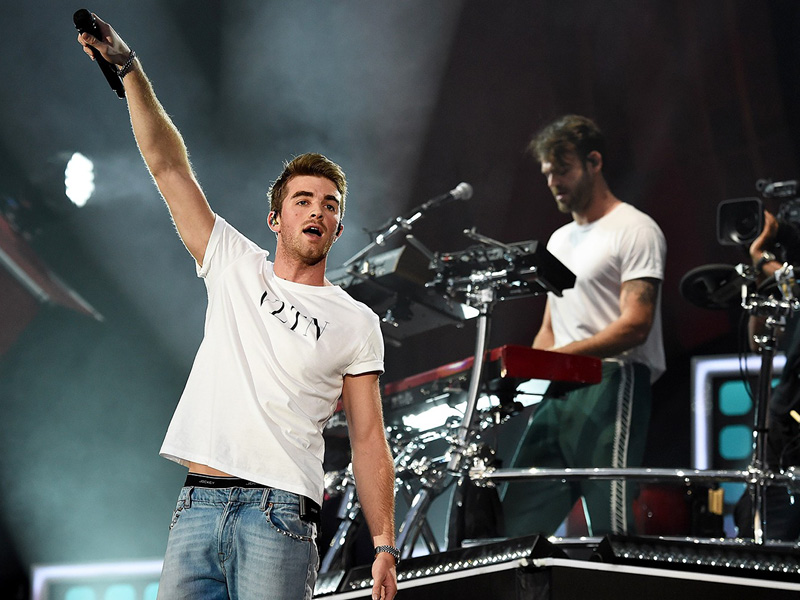 EDM duo, The Chainsmokers, is Alexander "Alex" Pall and Andrew "Drew" Taggart. They started out releasing remixes of songs by indie artists and had their breakthrough with the 2014 song "#Selfie", becoming a top-twenty single in several countries. The duo have 1 Grammy Award, 2 American Music Awards, 7 Billboard Music Awards and 9 iHeartRadio Music Awards. Their brand-new and fourth studio album, So Far So Good, is set for release on May 13, 2022, and features the already released tracks "High", "iPad", and "Riptide".

Singer, songwriter, and record producer, Charles Otto Puth Jr. initially released tracks on YouTube before becoming a writing and producing artist for other singers, His first solo success came from, "See You Again", which he co-wrote, co-produced, and performed with Atlantic label-mate Wiz Khalifa for the Furious 7 soundtrack as a tribute to actor Paul Walker, peaking at number 1 on the Billboard Hot 100 for 12 non-consecutive weeks. His third studio album, Charlie, is due out later in 2022, and features the already released tracks, "Light Switch", and "That's Hilarious".

From just next door in Atlanta, rapper, singer, and songwriter, Russell James Vitale, known better as Russ, spent many years releasing albums, mixtapes and singles for free online. In December 2021, Russ released the EP, Chomp 2, a sequel to 2020s year’s, Chomp. Chomp 2 features loads of guest appearances from Jay Electronica, Snoop Dogg, Jadakiss, Westside Gunn, Conway the Machine and a bunch of other legendary emceees, and production credits from The Alchemist, Hit-Boy, 9th Wonder, DJ Premier, Hi-Tek, Jake One, Statik Selektah, and others.