Get back into live music with a bang as Pitbull comes to Ameris Bank Amphitheatre on Sunday 10th October 2021 on his I Feel Good Tour! The world-famous, award-winning performer will be busting out a headline set of multi-platinum hits as he takes to the stage with his all-female dance crew The Most Bad Ones for a full-throttle night of tunes! He'll be joined in support by special guest support act and "Fancy" rapper Iggy Azalea! 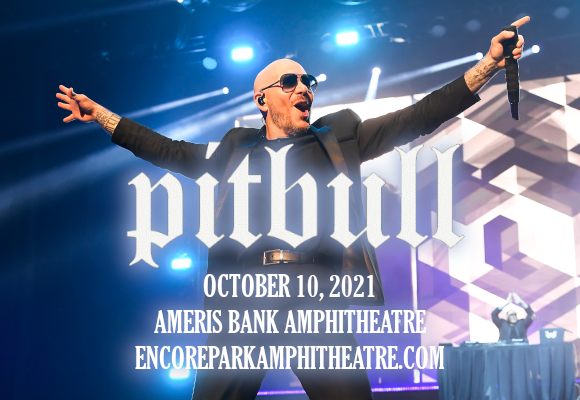 Making his studio album debut in 2004 with M.I.A.M.I., rapper, singer, songwriter, brand ambassador, businessman, and philanthropist Pitbull has released eleven studio albums, four compilation albums, one soundtrack album, four official mixtapes, over 300 singles (including features), over 1,000 songs (in total), and over 200 music videos throughout his career. Known for hits like "Give Me Everything" ft.  Ne-Yo, Afrojack and Nayer (2011) and "Timber" ft. Kesha (2013) – two of the biggest-selling singles of all time in the US – he has racked up more collaborations than any other artist. Beginning his career performing crunk and reggaeton tracks, he made the transition into mainstream pop and has had huge success as a bilingual artist, winning 35 Billboard Latin Music Awards. He was also ranked by Billboard as the 45th Top Artist of the 2010s and the 24th Top Latin Artist of the 2010s.