Get ready for one of the most hotly anticipated tours of 2018! It’s Niall Horan of One Direction, on his major arena Flicker tour, following 2017’s hugely successful intimate Flicker Sessions performance series. With the reigning queen of country pop, Maren Morris, Horan will be performing at the Verizon Wireless Amphitheatre at Encore Park on Thursday 20th September 2018! Tickets are available now – what are you waiting for? 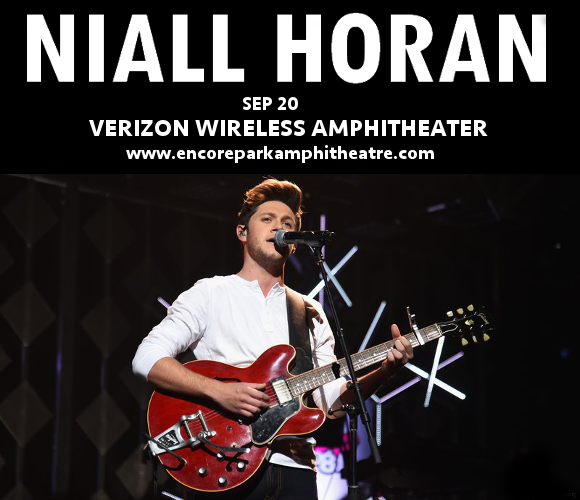 With a brand new album under his belt and a sold-out 2017 tour, the future looks bright for Niall Horan’s solo career. However, he’ll always put the band that gave him his fame first. “I told my ­managers from the start: When One Direction comes knocking, f**k what I’m doing,” Horan said, reassuring fan’s fears that One Direction might never reunite. “I don’t give a s**t if I sold out arenas or won Grammys. I wouldn’t be doing this if it wasn’t for that.”

Get ready to catch all the new material live!! Grab your tickets NOW!!