After a decade away from the stage, New Jersey natives, My Chemical Romance finally come back to Ameris Bank Amphitheatre on Sunday, September 18th 2022 for their worldwide 2022 Reunion Tour with very special guests, 100 gecs. Grab some tickets, as the band prepares for its first North American run in over a decade, My Chemical Romance’s Reunion Tour Has Proven to be ‘Bigger Than Anyone Thought It Could Be’ and a one-of-a-kind, success story! 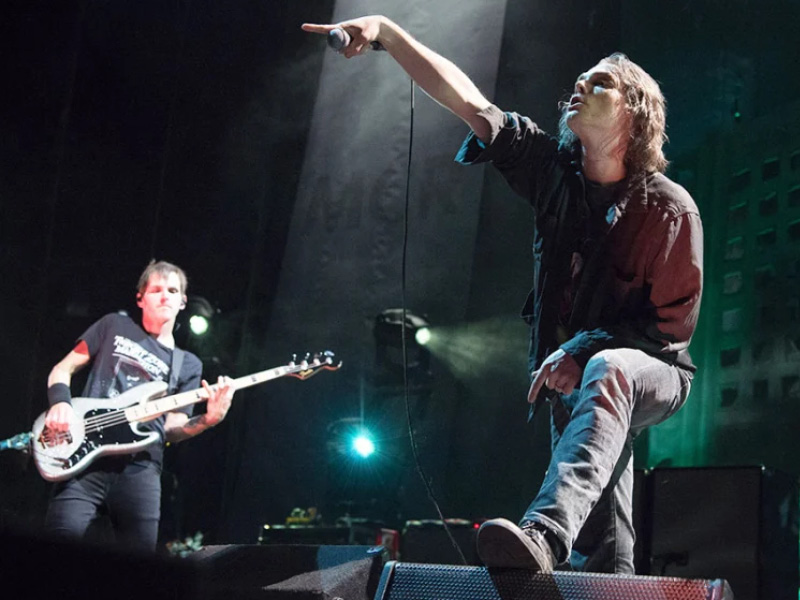 Two-and-a-half years, and one pandemic later, My Chemical Romance have finally returned to the road, with hundreds of thousands of fans across demographics and continents are at last getting what they’ve been waiting for. The My Chemical Romance Reunion Tour has thus far been an unequivocal smash: through 21 dates across the U.K. and Europe in May and June, and it’s not even one-third of the way complete. Later this month, the band kicks off a 42-date North American tour that wraps in November, then heads to Australia and New Zealand for the final eight shows in March 2023, with headlining festival gigs interspersed with arena dates.

My Chemical Romance is from Newark, New Jersey, and the band's current lineup consists of lead singer Gerard Way, lead guitarist Ray Toro, rhythm guitarist Frank Iero, and bassist Mikey Way. They are considered one of the most influential rock groups of the 2000s and a major act in the pop-punk and emo genres, despite the band rejecting the latter label.

The band's most successful album, The Black Parade, a rock opera concept album from 2006 with the lead single "Welcome to the Black Parade" topping the UK singles chart. The album debuted at number 2 on both the Billboard 200 and the UK Albums Chart and is also certified as Triple Platinum.

My Chemical Romance announced its breakup on March 22, 2013. However, in 2014, a greatest hits album titled, May Death Never Stop You, was released and a tenth-anniversary reissue of The Black Parade was released in 2016. In October 2019, the band announced a reunion show, which took place in Los Angeles on December 20, and was extended to a small tour consisting of appearances in Australia, New Zealand and Japan, by January 2020, they announced North American and European tours, which re-commenced in 2022.