Metalheads listen up!! The mighty Five Finger Death Punch are teaming up with alternative metal act Breaking Benjamin for a HUGE North American tour, coming to the Verizon Wireless Amphitheatre at Encore Park on Sunday 12th August 2018!! With special support from Nothing More and Bad Wolves, it’ll be a night you won’t forget in a hurry!! Don’t miss out – tickets on sale NOW and expected to sell out fast!! 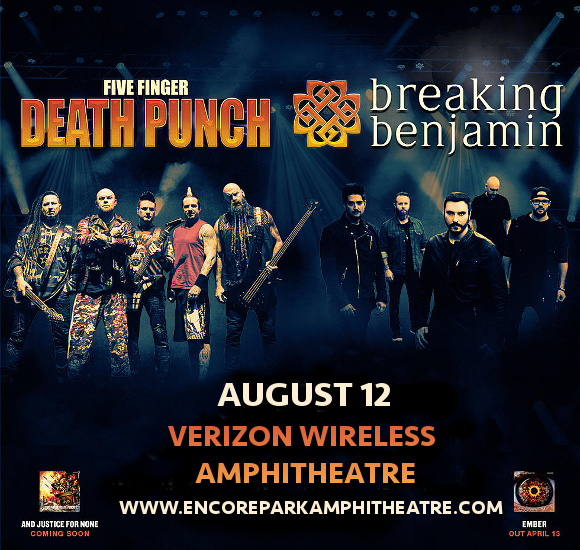 Five Finger Death Punch have just dropped their hotly anticipated new album, “And Justice For None”. Described by Louderthansound as a “5FDP record that’ll appease longterm fans and, quite possibly, win over a fair few newcomers in the process,” the band have fought hard through issues with alcohol addiction and mental health to come out with this scorcher of an album on the other side. It’s fast climbing up the charts, and could bring the band never-before seen success!

Be among the first to hear all the new songs live – grab your tickets TODAY!!