It's time to get groovin' at the funkiest show of the summer, as Earth, Wind and Fire & Nile Rogers head to Verizon Wireless Amphitheatre at Encore Park on Saturday 19th August 2017! The two iconic bands are joining forces for a co-headlining event that will be truly unforgettable!

“There was a time when we could only dream of ‘seeing’ Earth, Wind & Fire live, now we get the honor of sharing the stage together,” Rodgers said in a statement. “Get your feet ready for a deluge of hits.” 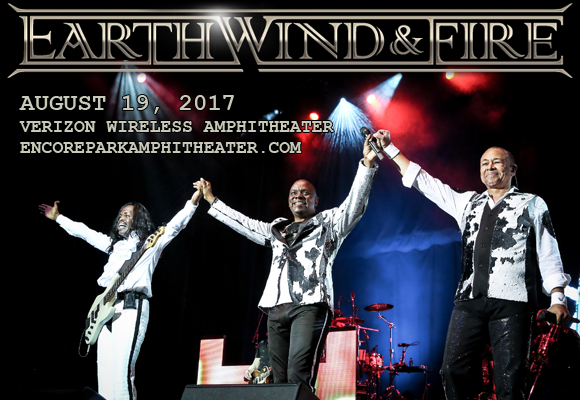 Formed in Chicago in 1970, and now known as one of the most successful bands of all time, Earth Wind and Fire has sold over 100 million records worldwide. The band has been honored many times, including Lifetime Achievement honors from the American Society of Composers, Authors and Publishers (Rhythm & Soul Heritage Award – 2002), NAACP (Hall of Fame – 1994) and the BET Awards (Lifetime Achievement Award – 2002). They have also been nominated for 20 Grammy Awards over the years, winning six as a group, with two of the band's members, Maurice White and Bailey, winning separate individual awards. The band are inductees of the Rock and Roll Hall of Fame and the Vocal Group Hall of Fame, with five members also in the Songwriters Hall of Fame, and they received a star on the Hollywood Walk of Fame. Earth Wind and Fire are best known for the hits  "September", "Boogie Wonderland", "After the Love Has Gone", and "Let's Groove".