Rocking the hippie look in its promo video, country music sensation Dierks Bentley brings his Mountain High Tour to Verizon Wireless Amphitheatre at Encore Park on Saturday 11th August 2018! The bewildered-looking fellas in the video with our country star were none other than fellow country acts Brothers Osborne & LANCO, who will be joining Bentley in support on this red hot summer tour! 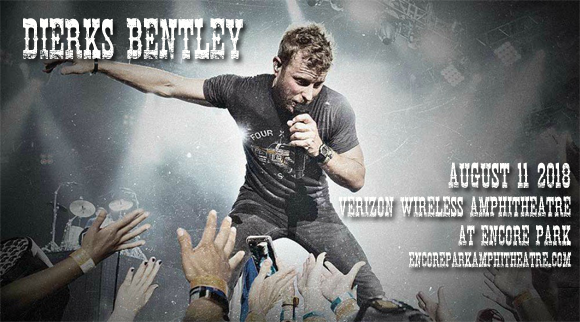 American singer and songwriter Dierks Bentley is one of country music's hottest stars, with twenty five singles on the Hot Country Songs and Country Airplay charts (including fifteen number ones) since his debut in 2003. Signed to Capitol Nashville, the follow-up to Bentley's platinum-selling first album was 2005's Modern Day Drifter, which was also certified platinum, followed by his 2006 album, Long Trip Alone, which was certified gold. Bentley's tenth studio album, The Mountain, is slated for release later this year.