What a perfect pair! Dave Matthews & Tim Reynolds are joining forces this coming Spring to bring you, their fans a night that you will never forget! Catch them LIVE at Verizon Wireless Amphitheatre at Encore Park on Wednesday 31st May 2017! As their great friendship comes across on stage, there's no doubt this will be a special show indeed. Tickets on sale now – book yours while you can! 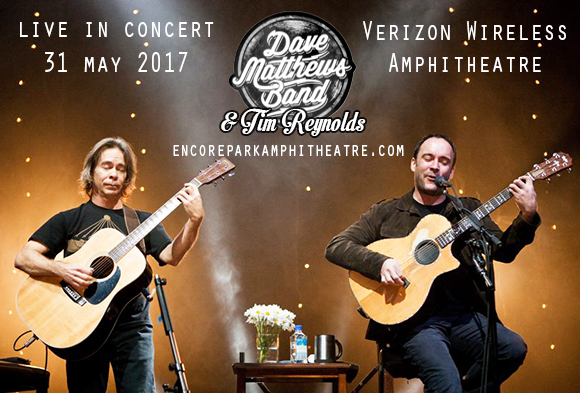 The South-African/American vocalist and Guitarist, Dave Matthews is known globally for his groundbreaking anthems. Throughout the years, he has transformed his career from underground to mainstream and travels around the world spreading his music to those who love it most. He is an inspiring singer, songwriter as he showcases great songs that stay in the hearts of many, from his very first debut right up until today. Now, with 25 years on the scene under his belt, he sure knows how it's done. Catch him as he now embarks on a handful of shows across North America with his fellow artist and friend, Tim Reynolds. 2017 is going to be an exciting one for them both!