Surfs up my dudes! Chicago – The Band co-headline with Brian Wilson on the Beach Boys, joined by Al Jardine and Blondie Chaplin at Ameris Bank Amphitheatre on Wednesday, June 29th, 2022. Grab your tickets now to the biggest Beach Boys’ reunion tour you are likely to ever see, co-founder singer and guitarist Al Jardine and South African singer and guitarist Blondie Chaplin, who was briefly a member of the Beach Boys in 1972 both team up with Beach boys co-founder Brian Wilson. Plus, they are co-headlining with Chicago, a band they haven’t toured with since 1975, this is going to be epic, and you do not want to miss it! 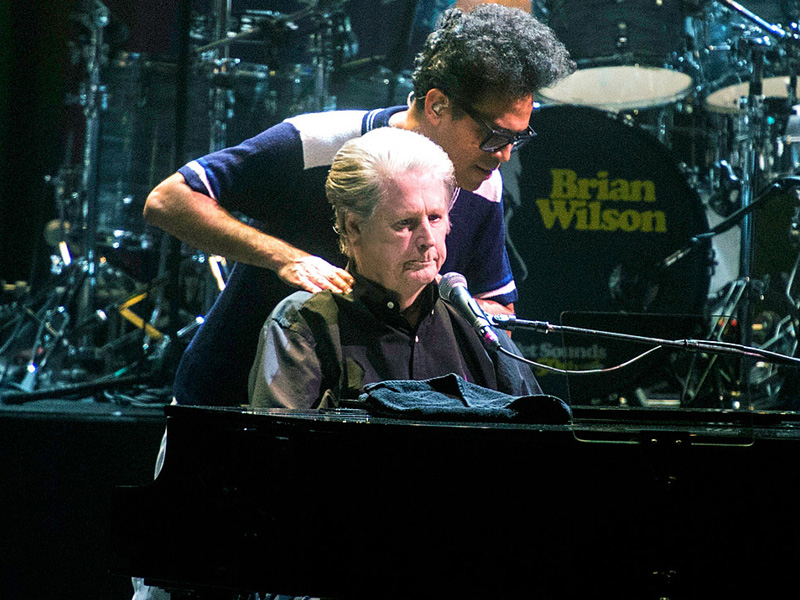 With 36 albums and over a million in record sales, Chicago are one of the longest-running and best-selling music groups of all time. Known as the Rock & Roll Band with Horns, they are Robert Lamm on Keyboard and Vocals, Lee Loughnane on Trumpet and Flugelhorn, James Pankow on Trombone and Horn Arranger, Keith Howland on Guitar and Vocals, Lou Pardini on Keyboard and Vocals, Ray Herrmann on Saxophones, Flute and Clarinet, Walfredo Reyes, Jr. on Drums, Neil Donell on Vocals and Guitar, Brett Simons on Bass and Vocals, and Ramon “Ray” Yslas on Percussion.
Chicago spent 2021, releasing a new live album, the expansive 50th anniversary edition of Chicago at Carnegie Hall, and they spent a large portion of the year taking their latest album, An Evening with Chicago, on their Greatest Hits tour across the country.

The Beach Boys are one of the most iconic bands of the era, selling over 100 million records worldwide, and in their hey-day between the 1960 and 2010, the group had 36 songs reach the Billboard Top 40. The original members were inducted into the Rock and Roll Hall of Fame in 1988, and their 1966 album, Pet Sounds, still ranks number 2 on Rolling Stone's 500 Greatest Albums list. Brian Wilson, with long time bandmates, co-founder singer and guitarist Al Jardine and South African singer and guitarist Blondie Chaplin, who was briefly a member of the Beach Boys in 1972, together they make up the largest portion of the Beach Boys still performing, the three join up for another few nights out together which they haven’t done since 2010 when the band re-united for their 50th anniversary.