Verizon Wireless Amphitheatre at Encore Park is pleased to announce that Chicago & REO Speedwagon will be performing an electrifying double-headlining show on Saturday 14th July 2018! With a multitude of world-famous hits in both of the band's back catalogs, these sensational rock icons will be playing all their sing-along classics in a rockin' trip down memory lane! 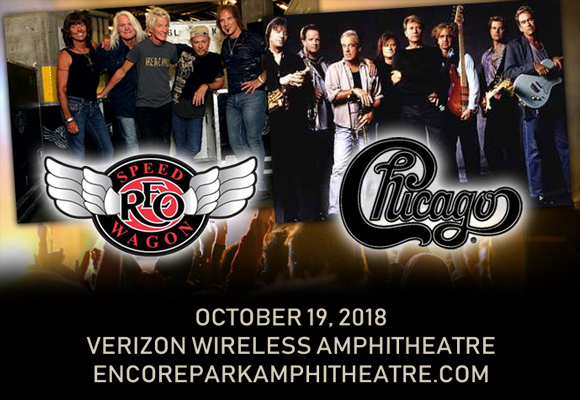 The second-biggest-selling North American rock band of all time, Chicago formed in the mid-1960s under the name Chicago Transit Authority. Releasing their debut album of the same name in 1969, the band shortened their name to Chicago the following year and released another self-titled album, which launched the top-ten hits "Make Me Smile" and "Colour My World" and began their success as the leading US singles charting group of the 1970s. Chicago has sold over forty million units in the US to date, with twenty three gold, eighteen platinum, and eight multi-platinum albums. The band is known for having charted five consecutive number-one albums on the Billboard 200 and twenty top-ten singles on the Billboard Hot 100.