Oh, Yeah! Paisley Nation, your time has come! Brad Paisley comes to Ameris Bank Amphitheatre on Saturday, July 24th 2021 with very special guests, multi-platinum selling and current ACM New Male Artist Jimmie Allen and Columbia Nashville rising star Kameron Marlowe. Yeah! Are you ready to Country!!? Global country music superstar Brad Paisley has re-started his 2020 tour and made it even bigger and better than before, more dates, at more venues so that everybody who missed out last year gets a chance at getting them some Brad! Grab your tickets right now to the hottest Country star on the planet. 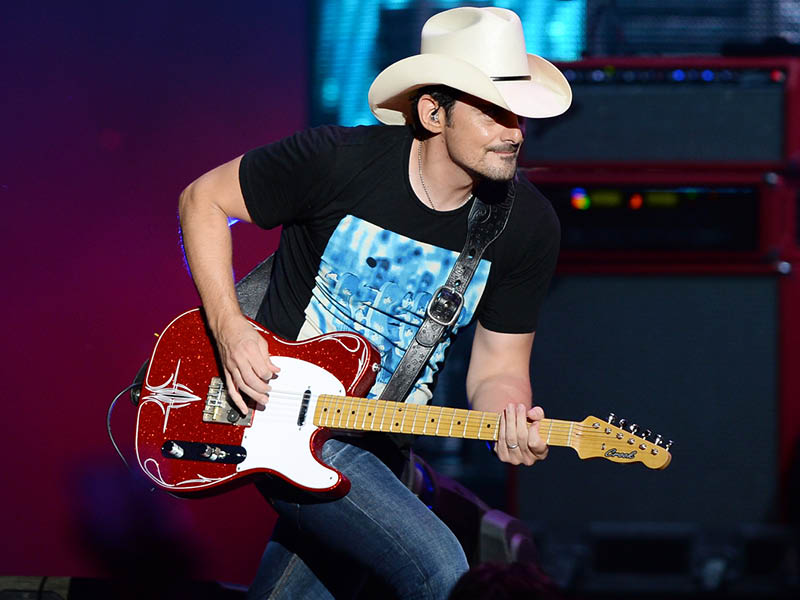 Brad Paisley has earned his place in country music history as one of the genre’s most talented and decorated male solo artists, over the last 20 years he has been awarded three Grammys, two American Music Awards, 14 Country Music Association Awards and 15 Academy of Country Music Awards, and he is a member of the Grand Ole Opry. Paisley has written 21 of his 24 No. 1 hits, and in 2008 became the first artist to achieve 10 consecutive Billboard Country Airplay No. 1 singles. His 11th studio album, LOVE AND WAR, which was released April 21, 2017, was his 9th consecutive studio album to debut #1 on Billboard's Top Country Albums chart.

Jimmie Allen made history as the first black artist to launch a solo career with two consecutive No. 1 hits on country radio, the first being his debut single, Best Shot, which claimed the No. 1 spot for three weeks, and the second being his latest single, Make Me Want To, off his debut album Mercury Lane. Mercury Lane features a cutting-edge mix of country, rock, R&B, and pop that draws upon the influence of his family and small-town upbringing of the critically-acclaimed rising star. His latest project, Bettie James, released in July 2020, is a star-studded collaboration EP featuring Brad Paisley, Charley Pride, Darius Rucker, Mickey Guyton, Nelly, Cyrus, The Oak Ridge Boys, Rita Wilson, Tauren Wells & Tim McGraw.

Kameron Marlowe sold car parts at General Motors for a living before he got a call that changed his life forever. A recruiter from NBC’s, The Voice, found performance videos of Marlowe on YouTube and reached out with an offer to take him straight to the series’ live auditions, it only took Kameron Marlowe seven months to launch himself from struggling singer-songwriter and into the spotlight, after finding success with his independent debut release, Giving You Up, a heartbreak anthem that has topped more than 15 million streams and still counting.