Ben Rector comes to Ameris Bank Amphitheatre on Saturday 11th June 2022 as part of his upcoming “The Joy of Music: Live Tour”. The tour begins on 5th May in Madison and concludes on 25th June at Nashville’s Ascend Amphitheatre. It will feature special guests such as JP Paxe, Jake Scott, Stephen Day and Jordy Searcy. The upcoming tour will feature plenty of performances from Rector’s upcoming album, The Joy of Music. Fans have been anxiously waiting for this tour and the album release as well. Rector believes that The Joy of Music is his most remarkable work till now, and hence, he has got the fans even more excited. If you want to witness an amazing Ben Rector performance, make sure you get your tickets right now before they are sold out! 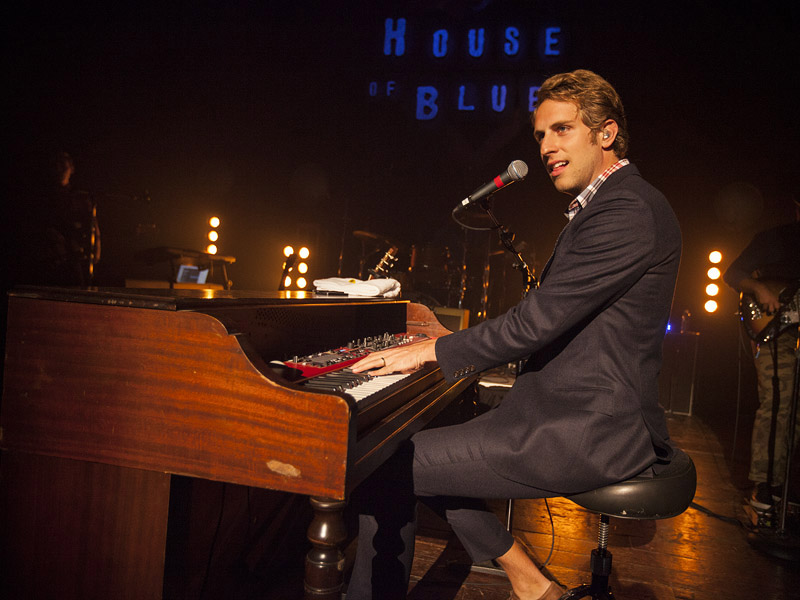 Rector began the New Year with a bang by releasing three of his tracks as early releases. They included “Dream On”, “Supernatural”, and “Living My Best Life.” The fans got a taste of his upcoming album, and it has got them even more excited. The album releases on 11th March and includes collaborations with Snoop Dogg, Kenny G, Taylor Goldsmith. It also features the Youtube sensation, One Voice Children’s Choir. The artist himself expressed how excited he was about bringing his upcoming album, The Joy of Music, to live audiences and regards it as one of the best works of his career.
Ben Rector hails from Nashville, Tennesse and has been a part of the music industry since 2006 as a singer, songwriter and producer. He has released seven studio albums and his 2015 album, Brand New, peaked at number five on Billboard 200. In 2018, he released Magic, which reached number one on the Americana/Folk albums chart. In 2019, Ben Rector was nominated for a Daytime Emmy Award for Best Performance for his appearance on Pickler and Ben. He is one of the best pop-rock artists of the modern era and is globally streamed by millions of people around the world. If you want to catch Ben Rector live in concert, make sure you get your tickets ASAP because they could be gone very soon!