After seven long years, A Perfect Circle have announced their triumphant return to touring, with a month-long trek that sees them heading to Verizon Wireless Amphitheatre at Encore Park on Tuesday 2nd May 2017! The rock supergroup have also hinted at new music on the way, so who knows… Fans could be in for a treat! Don't miss your chance to see these legends live!!! 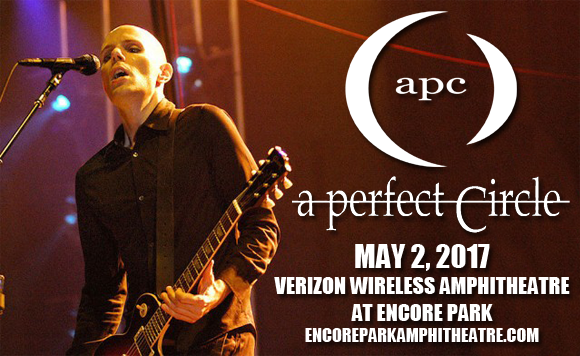